“Cleanse the Planet Earth, to Remove Disease and Curse” 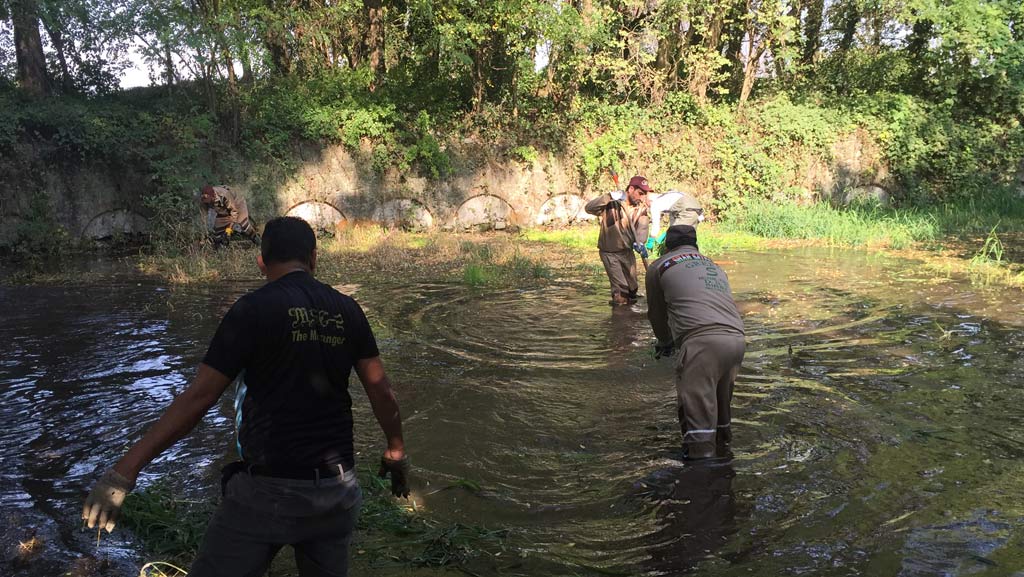 Dera Sacha Sauda supports and promotes cleanliness and hygiene in a major way. It believes in keeping civic areas clean as well as cleaning up of those areas that are dirty. Therefore, this campaign stretches from villages to cities. These drives are carried out periodically. These drives are in support of disease prevention by public health measures. Also by reducing garbage and de-­weeding parasites and flies are reduced exponentially. Especially, in light of the dengue, malaria and plague epidemics, this has become a necessity from the public health perspective.

The city of Delhi is getting inexorably weighed down by its population. The steady influx of migrants, the noise and pollution, the water and sanitation scenario coupled with the sub­optimal disposal of urban waste have created squalor in the midst of abundance. As one chugs into the city by rail, troublesome sights, sounds and smells assail ones nostrils. As one takes an intercity bus ride to the inter­state bus terminus, it knocks one senseless To overcome this challenge,Revered Saint Dr. Gurmeet Ram Rahim Singh Ji Insan gave a rousing call to clean up the city of Delhi, as that is the world’s window to India, being the national capital. While we are scrupulously clean with regard to our personal hygiene, our penchant for open defecation, urination, spitting and littering is well known!! And people were amazed to see that the Dera volunteers did it in no time!!

A unique movement in order to cleanse the earth had been initiated by Dera Sacha Sauda on September 21st, 2011. The campaign aimed at cleaning each and every corner of the Capital was inaugurated and flagged off by Saint Dr. Gurmeet Ram Rahim Singh Singh Ji Insan at Rajghat. His Excellency Guruji released the balloons in the air. Following the rousing call by Guruji nearly 4 lakh volunteers participated in this drive. This drive is in continuous progress under the banner of ‘Cleanse the planet earth, to remove disease and curse’.